Hello there welcome to my second ever tPOL. For those of you that don’t know a tPOL is a lot like an mPOL except we reflect on the second half of the year and talk about why we should be allowed to continue PLP. With that said lets get into it.

First I am going to talk about humanities. We have done many great units this year and the information that I learned this year will stay with me for the rest of my life.

This year I learned a ton about filming and editing. The most important skill I think I learned was definitely the rule of thirds. I also now have a lot of respect for the film crew behind every movie, tv show, and animated cartoon because now I truly understand how much work it takes to make them.

My favourite humanities project this year was definitely the heritage minute unit that we did about confederation. I really enjoyed this unit for many reasons. The first was the video form. I really enjoy group skits, because my acting is not very strong so I don’t have to be the centre of the film. I much prefer to film and edit videos so I can do that instead. It’s not just that I also really enjoyed the topic we were learning about. The unit I disliked the most this year was probably the unit about animation. This unit was especially hard for me because I am a very bad artist and hate drawing. So the fact that we had to make a 2-3 minute animation frame by frame was terrible. This is probably my least favourite unit that I’ve done since the start of gr.8. If the video hadn’t been animation based I would of enjoy this unit very much as I like to learn about history and famous people.

Overall I learned a lot about video skills and editing. I enjoyed this year of humanities a lot better then last year. Next year I am looking forward to learning about WW2.

We did many very intriguing things this year in scimatics. But I would like to focus on one part that I really enjoyed.

This year in scimatics I really had fun and learned a lot about biology. My favourite unit in science this year was definitely the clone army. This was the unit where we grew clones of plants and then chopped them up to find mitosis. This unit really stood out to me as I found the cells very interesting to look and learn about. Next we have Maker, I would say that I took the most risks in the class compare to any other. Mostly because of DI. In DI this year I took a big step/ was force into it by my group. That step was playing the main character in our performance at provincials. As I already said I dislike acting very much as I feel uncomfortable talking/performing in front of others. So being forced into a major acting role I would say helped me become more comfortable with acting as practice makes perfect.

This is the course that I struggled the most in this year. Everything I handed in was late and it wasn’t my best work. This course was definitely my weakest subject. I think this is because of my lack of use of some helpful apps such as things. I am going to re-do my time blocking so that it is easier for me to see how much time I have each day. This year of PGP really helped me plan out what I want to do and where I want to be. Next year will be the year where I now start getting to my destination.

This year I did very well in most subjects. In some however I definitely struggled. I plan to do a lot better in some courses mainly PGP by using the tools that help me better manage my time. From my mpol to now I haven’t really improved but I plan for major changes for next year. This summer will help me a lot as I have much planned. I’m going to start working at a job which will help with my overall awareness of time. I think I am ready for PLP 10 because I have grown a lot. My video skills at the beginning of the year were sub par but they have improved greatly from then. Even though my time management still isn’t great I have a plan to improve it for next year. 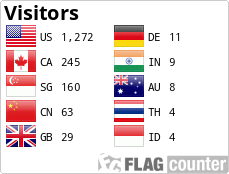