Welcometh once again to mine own blog, this posteth is about learning mine own country’s hist’ry in New France (Quebec) while using Shakespeare’s playeth the tempest. (Translation if you were like me at the start of this project and thought this was gibberish: Welcome once again to my blog, this post is about learning my country’s history in New France (Quebec) while using Shakespeare’s play The Tempest). The final product of the project was a class play built from tableaus, but before we could start acting we had to research the play itself and Quebecs history. Personally in elementary school I never had heard about Quebecs history, I only really just learnt about BC’s history. If I hadn’t gone on a trip with my parents across Canada and learning about Louisbourg I would be really lost. I really enjoyed learning about Quebec’s history actually I found that this was my favourite part because this war between the English, First Nations and French was what decided Canadas future! We also had to learn about Shakespeare play we had to analyze the script and watch the movie. I personally didn’t enjoy this part because I couldn’t understand half of what they were saying. Since we had studied and researched the play and history it was time to preform our play. This was really my first experience in acting and to be honest I was dreading this project I thought that this idea would never work and that Shakespeare could never be related to Quebec history, but like anything with hard work and motivation I began to enjoy this project, I was super excited to preform my lines and dress up! I was so excited to preform my lines in front of everyone, I practiced my lines before I went to sleep and then again when I got up. I was practicing them every second of the day.  But when I was about to go on to the stage I blanked. I was freaking out. How could I have forgotten my two sentence line that I had practiced every second? I improved my script but walked off crying and feeling crushed. This was something I had really wanted to work out and I had failed. I actually still have the line running through my head right now and I get annoyed thinking that I should have and could have preformed up to my expectations. I have realized now that my expectations shouldn’t be unreachable and that in this case there is a limit I should have put on my line repetition because with each word I repeated in my head I became more and more paranoid. I learnt a valuable lesson from this project that not everything works out in your favour and even if you want to preform well so bad and you’ve practiced so had you can still fail. 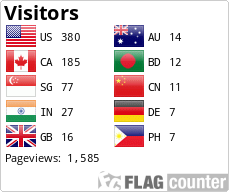