Cars and the Cove

For this project, we had to create zines (specifically referring to short, nonfictional magazines, about 2 – 4 pages long). These zines would have photographs and tell the story of a specific part of Canadian culture and society after WW II.

Before we created our zines, we had to write multi paragraph compositions about the topics we chose. For me, choosing a topic came with relative ease as I have great interest in city planning and the social as well as the technological consequences of the decisions our city planners made decades ago when they decided to create cities centred around cars rather than pedestrians, cyclists, or public transit.

For my zine, I wrote about both the local adoption of the automobile and the national widespread social change created by its extensive adoption and use. Due to the fundamentally far reaching causes and consequences of such a radical socio-technological change, I wrote more than I should have, with my multi paragraph composition ending up with just short of 2,000 words. Although I wrote more than the adequate amount in respect to the four pages which my zine would use, I still feel like my writing did not create a full and comprehensive picture of the sheer amount of technological and social change this societal shift towards the car created. 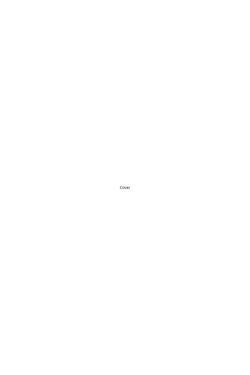 The Radical Socio-Technological Change of the Car
One aspect to the adoption of the car that I forgot to mention was the vicissitude of the worldviews in many North American, particularly Canadian, suburbs as opposed to their urban counterparts. In the 1940’s, Canada didn’t have many historical inner cities which people wanted to preserve. The prevalent public opinion was largely optimistic and auspicious towards the then futuristic and modern cars. With this, richer, usually white families moved to the new suburbs while those who could not afford to live in the suburbs or own cars stayed in the city. With the new suburbs, it became much easier for people to become physically and mentally isolated, as the suburbs are built around cars and usually do not encourage necessary activities such as walking due to their sporadic nature. With this, the suburbanites would usually know smaller groups of people and therefore have a smaller circle of direct influence on their lives.
With the amount of research I did and the amount of information to be had, I find that learning more about this topic will likely improve my future projects too. For now, I will focus on my current school projects. I think that during the summer, I will go into more detail with my studies of this topic. I found the freedom we had with this project to greatly benefit my interest in this project and increase the amount of research I was willing to do before fully delving into the writing.
The thing that I learned the most from this project that wasn’t related to the product was probably a bit more time management because with doing so much research, I hurried the rest of the process and ended up not creating as good a product as I would’ve hoped. Next time, I will set myself a more clear schedule in order to create a more refined product.
Thank you for reading, see you next time.