Hello! Welcome back to my blog!

Ideas from Europe and Asia spread across the world during the renaissance, they were the match that started the fire. Everyone began to think more critically and challenged others ideas. They started to create new things, solve problems, and mentally and physically, create art.

New ideas in the Renaissance changed the world by making a printing press which created books, lenses which developed into glasses, the barometer, which was just like your local weather man, and paintings which lead to a whole world of art. The printing press through books, created fantasy worlds and unknown places, lenses let people see the world better, and the art that was created let people be more creative. The invention of the kindle is incredibly signifagent, like how the printing press was incredibly significant. The printing press created books, flyers, newspapers, and many other things to read. The kindle has those things on one device. Lenses are one of the most significant inventions from the renaissance. They helped people with blurry vision to see. The barometer was created in the 1600s by Evangelista Torricelli who was a former pupil of Galileo Galilei. Some of the most famous art pieces were created in the renaissance, for example the Mona Lisa. Art then developed in style and creativity. It was, and rarely, still is use to measure the air pressure and tell what the weather might be. All of these ideas are benifisial to people today, I need reading glasses to see better, I read books on my kindle every night, and I see art inspired, or from the renaissance almost everyday.

Traditional ideas that people had before the renaissance include the idea that there is only one religion and one right view, and that is Catholicism. They were convinced that the church was always right. The chatholic church forced people into there religion by telling them there’d go to hell if they didn’t, and that it was the will of god that they joined the religion. Now, the Catholic Church has branched off into many different religions. There have been new religions created such as Baha’i which was created in 1844, or the oldest religion which is Hindu, it was created between 2300 B.C. and 1500 B.C. Religions are ever changing, they all have different beliefs and rituals. New or old there all beliefs of someone.

The creation of all of the beautiful things in the renaissance like printing press, lenses, barometers and art have improved and shaped our world as we know it today. There were very simple art styles in the renaissance and they expanded and became many different styles. Books these days have extended into a wide range of styles and genres, some of them have even become modernized or downloaded on to devices so you can have many books in one. Lenses have helped people see properly, I wouldn’t be able to read properly without my reading glasses. The barometer started the intrest in forecasting weather, which has become a valuable job. People in the renaissance period discovered big things, things that were so important that without them today, it would be less easy to live. Lenses were made from pieces of glass, now there are different prescriptions and things for different types of eye problems. Lenses are one of the many innovations that have helped solve problems of the world today.

Thanks for reading my blog!

Hi! Welcome back to my blog!

The last few weeks in maker 8 we have been learning how to make better art using Sketches pro. This has been a really fun project and the end result is a book of art created by yours truly! Here it is! 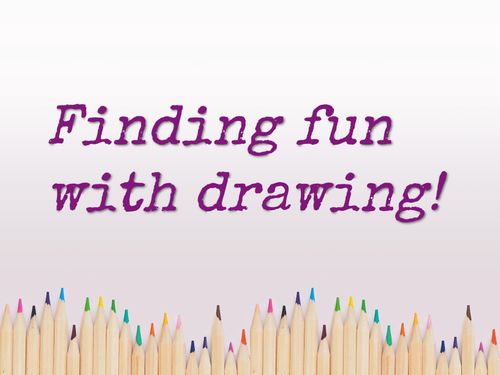 Finding fun with drawing!
Click to read this book, made with Book Creator
https://read.bookcreator.com

Thank you so much for reading my blog post, and now my book of art!

The topic we learned about was life in the Middle Ages with the smaller included topics of the feudal system and the crusades. The feudal system consisted of 6 classes. The king, the nobles, the knights, the merchants and the peasants. The 6th class was the church who basically sat back and watched. How did it work, well lord has land, a vassal is a person who was given the land by the lord, the land was known as fief. In exchange for the land, the vassal has to work for the lord. The king usually gives land to the nobility to recant the land to the peasants.

The crusades were an interesting topic to learn about. They were a series of nine religious wars that happened over two centuries in the medieval period. Start date: 1095 End date: 129. The wars were between the two main religions at the time, the Christians and the Muslims. The wars were a fight over Jerusalem, which is the holy land of both religions. They concluded with the victory of the Muslims and many lost lives.

Thank you so much for reading this post about the Middle Ages!

This winter exhibition was my first one! It was really fun to execute.

The theme of the whole exhibition was the movie Avatar. The movie is about the planet of Pandora and the Na’vi creachers that live on it. Because the planet’s air is poisonous, human/Na’vi hybrids, called Avatars, must link to human minds to allow for free movement on Pandora, they are created by the humans who take refuge on the planet. Jake Sully, a former Marine who has paralyzed legs, becomes mobile again through one such Avatar and falls in love with a Na’vi woman. While he is on a mission to learn what the Na’vi want in exchange for the Unattainable, a precious stone worth millions of dollars that is abundant on their land. As a bond with her grows, he is drawn into a battle for the survival of her world.

In preparation we watched this movie, so that we could execute our theme.

The exabition was chaotic and tightly scheduled. From 3:00 to 5:30 all PLP students decorated the rooms we were assigned. With the room, we were also assigned a theme. The theme of my room was abandoned planet. From 5:30 to 7:30 the exhibition was on. We stood by our projects that we had worked on over a few weeks before the exhibition. The use of our boxes was to portray our theme statements, mine was Often times, us humans may ignore the deep connections that we have with nature, and destroy it to satisfy our own needs. Finally we did clean up from 7:30 to 8:30.

Here is a picture of my box. Photography is a meaningful and intellectual activity. You have to be able to look at a scene and think about what angle, what emotion and what filter can use to bring out the true creation of the photo. I can use the photos I take to portray my emotions, and really tell a story.

Three skills I found the most useful were, the adjusting angles lesson, where we learned about the different views you can take a photo from. If you put your device on the ground you can stand over it and that’s a worms eye view angle. If the subject in you photos for example, is going down the stairs you can take a picture of them from above. Long view is were you take a picture of the subject with a effective background. They’re are a lot more interesting angles to use. Using filters is a useful way to bring out an emotion in a picture. Playing with the lighting in a picture can really make parts of it pop!

Thanks for reading my blog!

Hi my name is Ailie and I am a student in the PLP program at Seycove. Here are some of the cool projects that have helped me become a better learner in PLP.

The Wordpack was one of the easiest activities, I just had to write down my attributes, or the things I am. Here is the list of things I wrote down:

All of those describe me.

I loved the digital selfie because I love to take pictures and what better to take pictures of, but the things that you love. So, obviously I took a picture of my friends, and wrote, I am a friend! This was by far my favourite project in PLP, so far. I got to apply my personality

I loved the user manual activity, one of my favourite things is writing. Writing in third person was definitely interesting, I usually write more in poetic, or essay form. It was still really fun and brought out my personality. My favourite thing I did on my dream board was draw things! I loved to draw, and insert things I wish to have in the future. Achieving my goals and dreams are important to me. I am a PLP learner who strives to do my best, and put as much effort as I can into the work I do!

Welcome to my blog!

As you can see from the picture above, I’m obsessed with cats.
I love my friends (just as much). And I adore high school. I hate red sauce and negative actions and comments.

Just remember everyone, go for it! No matter what, whatever you want to do you can succeed.