Ask me again when I’m awake

Hey all, It’s me again. Today, I’ll be writing about our latest PLP trip to Loon Lake! This trip started on Feb 14th, and lasted until Feb 17th. We called it an advance, because we never retreat!

The trip started by everybody loading onto buses with an ungodly amount of luggage. The ride there was relatively short, only about an hour or so. Once we got there we were all pretty much stunned by the beauty of the lake and the surrounding hills/mountains. It was really an incredible sight. Once got our bags loaded off the bus we were told who would be in our cabin and who would be our roommate. I got Declan from Technically Awesome. We had a lot of fun together. I honestly thought I would get absolutely no sleep having a friend rooming with me but I actually surprised myself. Yes, we probably stayed up a bit too late some nights but I totally thought we would be getting maybe three or four hours of sleep a night at most while we were there, which we well surpassed. Anyways, you probably don’t really care about my sleep schedule so I’ll get into the rest of the blog post.

After we got all our stuff off of the bus, we did a photo walk, which involved going across the lake on this cool raft that you pulled along with rope. It would have been really really fun if it wasn’t February and if the passengers weren’t constantly being splashed with water colder than the heart of someone who pours their milk before their cereal. After the photo walk we had lunch. Now, a pattern I had discovered during the trip was that all the food was like, really really good. Those chefs were cooking pretty much gourmet meals for like a hundred kids, which I really respect. Thank you, Loon Lake kitchen staff! After that, got our stuff organized in our rooms and did some other things, like getting into our advisory groups, and then we had dinner! (The meals were a highlight of the trip for me).

The next day, we did shelter building. This was super fun. It was a great team building activity and we also carried out raids with sticks on the other people building shelters and captured some materials, then they in turn raided us back, and then we were made to end our little war by teachers for obvious reasons. It was super fun to just get dirty and build stuff in the forest with friends. Our shelter worked pretty well,  and I honestly would have been willing to spend the night in it. Alright, maybe that’s a bit of a lie but we were all really proud of the shelter.

Every evening, we would get into our advisory groups, and reflect on the day as long as give people anonymous compliments, which was a really cool thing.

Whilst we were at Loon Lake we also worked on.. the dreaded…. Destination Imagination…. It wasn’t actually that bad, just a little boring at times. I feel like my team was a little less productive than we were at school just because of the location we were working in (a huge lounge underneath a beautiful cabin with stunning views).

The third day was most definitely my favourite, though. We did battle archery and laser tag. The laser tag was incredibly fun. The only thing that I didn’t absolutely love about this trip was that despite being really nice, the beds were a tad uncomfortable at times. I probably should have brought a fitted sheet.

On the last day, we played a huge game of capture the flag. Our teachers granted us the wish of 8’s vs 9’s, and  we (9’s) won. It was a little boring in my opinion just because it was a little repetitive and it would have been so much cooler if we had used the laser tag guns instead of just having it be tag.

I was a little sad when we had to go home but I was also very tired and more than ready for a good night’s sleep and I was excited to sleep in my own bed again.

Throughout the trip, we made books about the learning advance. Here’s mine! 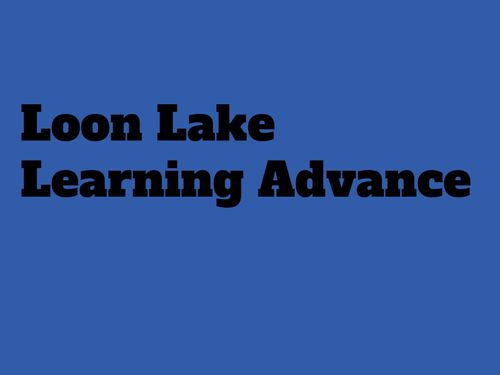 Learning Advance 2022
Click to read this book, made with Book Creator
https://read.bookcreator.com

Well, that’s pretty much it!

I hope you enjoyed all 751 words of that blog post and I’ll see you next time.