Have you ever wanted to tell a story in augmented reality? In this project we looked a cause and consequence and how underlying and immediate causes are effected by the event. We used a new app called AR Makr where you can place objects in augmented reality and tell a story with them, we made a short fiction story where we had a cause vent and consequence. Then we studied about the age of exploration, the Columbus exchange and the the slave trade.

After lots of milestones leading up this we finally completed the final project. I had to film this project multiple times as I kept asking for critique from the teachers after 3 times of walking back and refliming I finally got the end result I was looking for. I was happy with this result because I felt I took criticism and my video better and better and I built on myself. You can watch my video here: 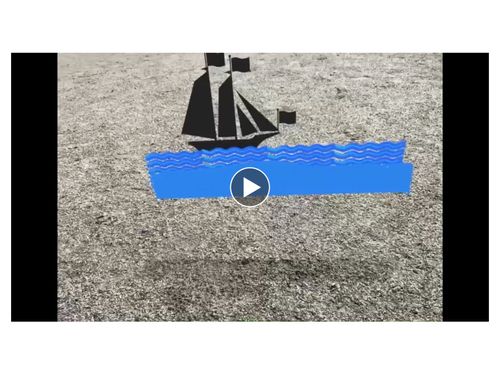 Argh Matey Video
Click to read this book, made with Book Creator
https://read.bookcreator.com

The competencies in this project were, empowered learner, analyze cause and consequence and discussing listening and speaking. I felt i well in all these competencies but I’ll go into more depth later. The first competency I want to talk about is empowered learner this competency is all about using the technology around you to effectively learn. I felt i did excellent on this competency as I used the app to the best of its potential and used to make a video I’m very proud of. Cause and Consequence I felt i showed how cause and consequence was present in my story for example I had evidence that slavery eventually led to systemic racism today. Finally discussing Listening and speaking i feel like in the final video I clearly stated my ideas and my ideas were well structured.

In conclusion I feel like I really well on this project, adequately completed all the competencies