Scimatics comic cells, this project the goal in the end was to make a comic about a virus. The driving question for this project is “how to cells and diseases interact” my answer to the question is Viruses make us sick by killing cells or disrupting cells function. The our bodies react with fevers coughing and so on. My favourite part of this project was drawing the comic some of my drawings are good but some aren’t. I think that in this project I could be more detailed in the writing portion, because some of my lines aren’t clear or are simple and boring to read.

To make the comic we first started with picking a virus I chose coronavirus because I already know a lot about when then researched are virus and made a story board I did two story boards because my first one wasn’t really a story and more just facts. My second one was a little better my final comic was good but I think I could’ve done better.

Thanks for reading my blog post today at the bottom of the blog post are some photos of the project my comic is also there. The spring exhibition was fun I was part of a group called tech for learning. In my group I had 16 people. With both Grade 8s and grade 9s, we worked well together to create a very nice looking room we had app decorations we also had cookies that were decorated to looked like notability, pages and things.

I initially thought that the Spring Exhibition was going to be a lot like the Winter Exhibition PLP 8, one area of learning in a performance and everyone spends the majority of their time waiting around. However this was not the case, and it was actually quite the opposite. PLP 8 had centre stage at this exhibition, and it was our job to design pretty much half of the exhibition. PLP 8 was divided into stations and rooms and on top of this we also had the grade 9’s to work with. The driving question for the New France project was “what did the establishment of New France mean for all the people involved” The answer for this question is all the people involved got good things such as new relationships, trade routs and a place to live but they also got a lot of bad things in return such as starvation, hypothermia and conflicts. In this project we learned about New France and what happened in New France. We then picked a topic about New France and went into depth about that topic and we made two visuals and put it into a website were you can slide to reveal the photo under neath. On one side of the photo it would be why your topic is bad and on the other side its why its good. We also did a trade simulation were we got into groups and each groups got different items and we had to trade to get new items.

Here is my two visuals art

. See what I mean. For my object I first wanted to design a shed but then I realized that I needed more shapes, so I added a chimney and porch and now it was a tiny house.

The hardest part about this project was standing up in front of the class and present your shape. I really don’t like doing this but one of my goals for this year is to expand my communication skill so I decided do do the presentation right away to get it over without, but because of that my presentation wasn’t that good it was rushed, quiet and I didn’t have great eye contact with the crowd. My goal remains the same so if we do another presentation I want to put even more effort into making the presentation and practice more.

This project was fun I liked it because I like designing things here is my shape. The biggest project of the year so far was DI destination Imagination. I did really like DI because it took a long time it was boring in some parts and it was hard to accomplish, but in the end it was fun to do weird and in some cases funny challenges with friends.

DI is worldwide competition were groups of all ages can enter and compete. There are different challenges you can do the challenges are: Technical, scientific, improve and fine arts. I was in improve in improve you get ten boxes and at the festival you pick at random a festival a goal  and a fork in the road. So at the competition you would act out the the goal while yo hat the festival and then after two minutes you get a fork in the road and have to incorporate that into your act. I know it’s confusing but that’s basically what it is.

On the day of DI we arrived at saint Jorge’s (which is a massive school) at 11:15 and then we went to the Wallace gym and got ready by playing some improve games then it was time to do are act. When we got in the room it was a lot smaller than I thought and there were more judges then I thought. After are act are parents left the room and we did are instant challenge which I cant talk about. After all of that we got to leave for the long drive home

For DI I think that I am developing because I arrived on time for DI I helped my group, but I could’ve put more energy Into are act. I think one thing my group could’ve done better is to do more dress rehearsals and are communicating skills could’ve been better.

Thanks for reading my DI blog post. If you want to see my teammates blogs her they are Cameron Ronan Kira Hannah

When I found out that we were coding for the new scimatics project I got exited even though I dont code but I still liked the idea of coding. When we were interdicted to the project we dident start coding right away we first started with learning about the kinetic molecular theory which is a theory can be used to explain each of the experimentally determined gas laws. But then after that we went into coding which we used scratch it was hard at first but the I got the hang of it. My game is pretty fun though it has some gliches but you can fix them by pressing space. To play my game you can go to this link right here https://scratch.mit.edu/projects/649556220/ I think I did prettey well in this project on the coding aspect I also listend and handend in everything on time. I think I couldve done better on the work even though I handed them in on time i couldve put more time and effort into them. I expanded my learning about the kinetic molecular theory and I did that by listing.

here are some photos I took of my project. if you want to play with scratch then click this link. https://scratch.mit.edu. The Renaissance blog post, this semester one of the things I learned about was the Renaissance and to go along with that learning a tryptic and a paragraph. Making the tryptic was pretty fun because you had to mix the old with the new for example a old inventor on one side and a modern day inventor on the other side. I think I did a really good job doing the tryptic but the paragraph not so much because writing is not my strong suit.

I advanced my learning on The Renaissance by paying attention not going of task asking for help when I needed it. I also handed in my assignments on time and fully completed. I could have done better on my paragraph because I feel that is could be a little bit more detailed. I think my tryptic was very detailed and thought out if you dont know what a tryptic is it is made up of three panels with two plain white lines Dividing the three panels and is often used to impart narrative or create a sequence.  Thanks for reading my blog post and here is my tryptic. I had my first PLP felid study and we when to lake. Going to loon lake lake was so fun spending time with friends, trying new foods but we also had to work for example we had to do a book that we made in book in this book I talk about what happened at loon lake with pictures and some drawings. 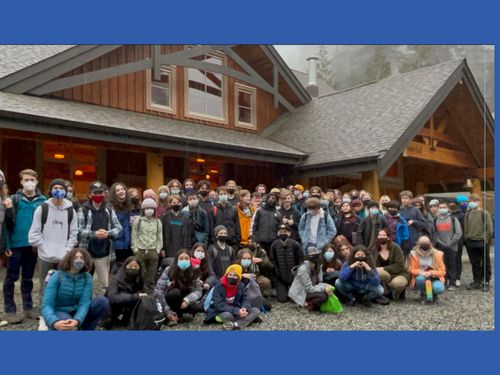 Learning Advance 2022
Click to read this book, made with Book Creator
https://read.bookcreator.com

On the advance I learned new skills and tried some new things. Although I would’ve liked to try more new foods. It was a fun experience going to loon lake and learning there for a change

So basically DI is a massive learning competition were your in your group and have to solve instant challenges And build things but i’m not certain on the building part because I’m in the festival frenzy part of the challenge. Where we have to do improv skits and also instant challenge.

Instant challenges are mini building challenges and you have to follow the rules to complete the goal and example is you have to use a mailing label and Spaghettini to make the highest tower. But you have to do this in a time limit. Each team member has there roles some are time manager were you have to check time, flex were you jump between roles so basically you do all the roles a little bit those are som of the roles.

For festival frenzy you dont have to build something you just have to bring in boxes and use them to recreate festivals with a twist. To do this I’m Working with Ronan, Cameron, Kira, Hannah and Caitlin and so far I think were on the right track but its not perfect for example we could do less Fooling around and more work.

The driving question For this project is “how might I construct text that constructs text that shows who I am” who can pick any text and relate it to world view but the text ill pick is a line from a poem that I wrote with my group and it is “time is a setting sun” and that shows that the world is a place of beauty.

This is my poetry book