We Made a Walking Tour!🏃‍♀️ Hi! *virtual hug for all of My Dog Ate My Bloggers* This is officially my very first actual blog post (besides my weekly one which doesn’t count) in grade 11! GRADE 11!! I can not believe I have been writing posts for My Dog Ate My Blog for over 3 years now, crazy! Here is the very first blog post I ever wrote as a wee, little grade 8:

The Art of Advertising

Wow we have come a long way. Alright! Enough reminiscing! Let’s talk about the most recent project our grade 11/12 PLP Humanities Class has completed called… Marking History! This project revolved around the history and different perspectives that make Deep Cove, BC (which is where I am from) what it is today.

Deep Cove in all it’s glory!

We researched, developed and curated an amazing final product that I cannot wait to show to you guys. But, it is not time yet. If you are a long time My Dog Ate my Blogger, you know the drill. Driving question time!

How can we as historians uncover and share stories about our community?

Yes, I, your host on My Dog Ate My Blog, became a historian for this project along with everyone else in my class. We each researched a location in the Deep Cove Area, collaborated with the Deep Cove Heritage Society, and from there launched a fully-running, real life walking tour with the option of a physical map or a digital one. That’s all I’m telling you, that’s all you get until we really get into the nitty gritty of the project. But first! Competencies. Now, let’s launch into what the project was actually all about and what I learned about my hometown. Let’s go!

BUILDING KNOWLEDGE/STEPPING STONE HIGHLIGHT OF MINE

One of the very first things, and probably the most impactful to me, that we did as a class to help us understand the tone and different perspectives of the overall project was participate in what is called a socratic seminar. This is basically when all of us sit in a circle (socially distanced of course) and chat about a preassigned topic or subject. Every person participating asks a thought provoking, open-ended question which we discuss as a class. That’s basically it. The topic of discussion for the socratic seminar on Friday September 18th was the White Paper which was a Canadian policy paper proposed in 1969 by Prime Minister Pierre Trudeau and Minister of Indian Affairs, Jean Chretien.

The goal of the White paper of 1969 was to make all Canadians equal by eliminating Indian Status and allowing Aboriginal people to have the same rights, opportunities and responsibilities as all other Canadians. Sounds nice right? Once you read the White Paper and take note of some of the things that are being proposed, you begin to notice something off about it.

This is the question I asked the class. I connected what I learned about Residential Schools in a project last year to what I read in the White Paper and BAM ! This question was born. It may be hard to see the difference between these two terms but they are actually like day and night. Reconciliation is the welcoming and accepting and embracing of difference in race, culture, or belief, whereas assimilation is the stripping of culture and what it means to be, for example, indigenous. In several sections o through out the proposal, there is hope that the government wants to make a difference and wants to embrace our indigenous people’s, but then they double back and say that they want to abolish Indian Status? It seems more like disguised assimilation and cultural genocide than anything else. But we have to take historical perspective and understand the time period. At the time the White Paper was presented, there had not been much progression in the acceptance of Indigenous people in Canada, if any at all so honestly, this was a big first step for the year, 1969. I’m sure Pierre Trudeau and Jean Chretien were raised to think First Nations people were different than them, but they made the wrong attempt in trying to “fix” that. Luckily, we can learn from the mistakes of the past by understanding what the motives of these men were and create new goals for future reconciliation.

For the project, the product we created was a historic walking tour of Deep Cove accompanied by a physical pamphlet as well as an online, digital version of the walking tour so it is accessible for everyone. It wasn’t as easy as I make it sound, there was research, writing, filming, editing, and drawing involved in the development of the final draft. I will not talk about every single step I took in the process, just the ones that were really significant to my learning and growth as a learner.

Once I decided the topic I would focus on for my historical marker, It was time to start researching!

The photo that you see above is of the Old Dollar Mill which today would be located somewhere between Dollarton Shopping Centre and Lowry Waterfront Park, the location I where my marker is placed on the map. In 1916 100 acres of land was bought by Robert Dollar and from there, an entire mill was constructed, up and running by 1917 with many employees coming from far and wide. There is your little tidbit of history! The research phase of a project is extremely crucial, without it, I would not be able to organize my ideas, narrow my information down, and gather primary and secondary sources. Having a variety of sources really enhances your entire end product which is something I have learned overtime since the beginning of my PLP days. I tried to include at least 4 different sources so that my information would be accurate, interesting, and tell a story. The first sources that I chose to use were Echoes Across the Inlet and Echoes Across Seymour: These books, published and written by members of the DCHS, go into depth about the different areas of Deep Cove and what was originally here. This is probably where I got most of my information from….. but not all of it. I also visited a plaque outside of a heritage home that is only a block away from my grandparents house. This is an awesome PRIMARY resource! This was the office/post office for the Old Dollar Mill. Along with one or two websites, I also interviewed my grandma who moved to Deep Cove in 1987: I learned a lot about the importance of resource variety through out this project. I tried stepping away from my typical websites and videos and searched for primary sources. I think it really payed off! I wish I could have done a couple more interviews as I think it would have added lots of really interesting layers to my research but in the end, I am really, really proud of the work I did.

You are probably wondering what these two videos from a few years ago have in common and what relevance they have to my project and this blog post. THEY ARE ALL RICK STEVES STYLE VIDEOS which just so happens to be my specialty!

An important aspect of the historical marker is the digital enhancement. This could be a podcast, slideshow, video, interview, photos, or really anything else someone coming from the walking tour could engage in and learn more about your topic. This is an example of designing text! I worked hard to write the script, plan my shots, film my video and then finally edit it in a thoughtful, entertaining manner. Funny story, I may or may not have filmed the whole video at the wrong location the first time around….. But! Luckily I caught it with enough time left to re-film, take feedback, and revamp the video! What I found really special about filming on location was the unique feeling that was added to the video. Knowing that this is where a booming lumber mill stood adds so much depth to the overall meaning of my project. I hope you enjoy!

As per the title that says “Video+”, there is more. I also created a short audio clip for people to listen to when they get to my marker, that way, even young children who can’t read can enjoy our tour!

THE PAMPHLET AND MY ROLE

Each person had an important role in curating the final product, mine being map designer along with Luca! Our job was to choose a route for the tour and turn it into something understandable. It went from this on a white board: To this on our pamphlet: This is the part of the project I want to improve the most on, definitely. I have to give a lot of credit to Luca for the beauty of this map because she really drove the bus on this one. Next time we do a huge group project where we have to bring all of our ideas together, I want to try to include mine more. Being in a grad 11/12 split can be intimidating! But I know I could have contributed more to the finished product of this map for sure.

Wow. What a project. It think what was so special about this project….actually! There were two really special things about this project. The first being that this takes place in my own town. I learned more about Deep Cove in a few weeks than I have in my whole life which is insane. The second special part about this was the collaboration we had with DCHS. We actually had clients for this project and what is so exciting is that people that know about Deep Cove Heritage Society, will discover our walking tour, watch our videos, and listen to our recordings. Our work is actually being published to an audience! I learned A LOT about sources in this project and how valuable they are to the success of a project, I discovered the significance of different perspectives in history and how they can help tell a more interesting story, and I explored different ways of designing text. I really pushed my self in this project and tried to gain as much knowledge as I could and I think that is because I was really passionate about my learning. I loved having control and choice in what my final product could look like so I a  really proud of how every aspect turned out. 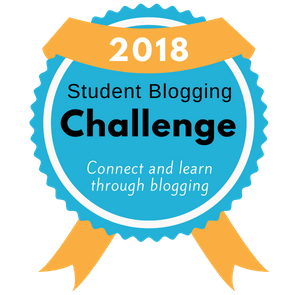